It mainly shows visual material that was not included in the print version. As the visual material in the book was conceptualised as visual argument, images, especially drawings, that I had made during the ten years of research but were not directly needed for the visual argumentation, were ommited in the print version. Some of the material may nevertheless be of value as a documentation. For more visual impressions visit the section on ethnographic drawing and the book preview on the editor’s page where you can leaf through the book.

The following drawings show six stages in the development of a color pencil drawing of an Ao Naga women’s wrap skirt. The final version can be found in the book on page 236 (Fig. 71). 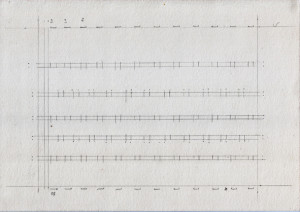 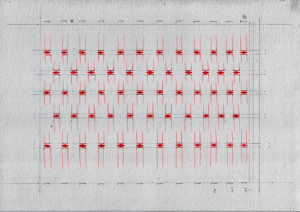 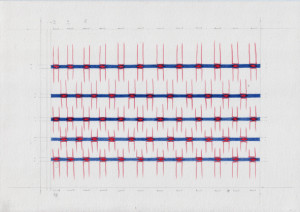 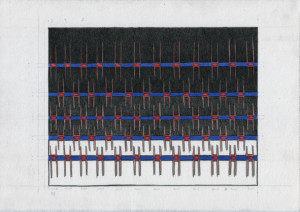 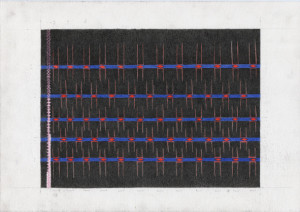 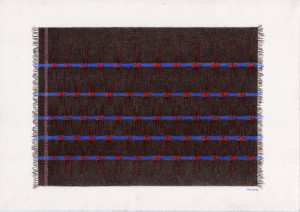 I made the following drawings of pattern details of Ao Naga lady’s skirts at the very beginning of my research. They were not included in the book because the full model drawings depicted the patterns convincingly and I wanted to avoid redundant images. Each but one of the drawings relates to a full model depicted in the book, given as reference. 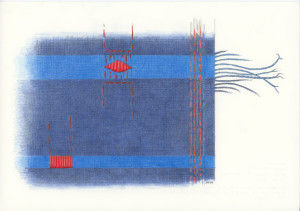 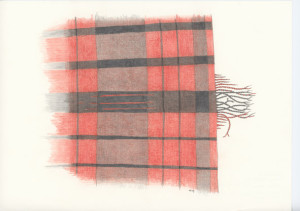 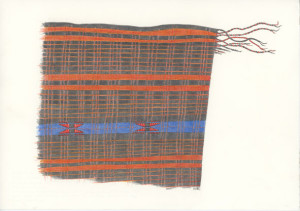 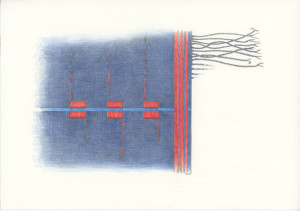 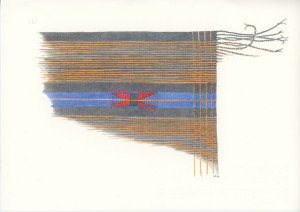 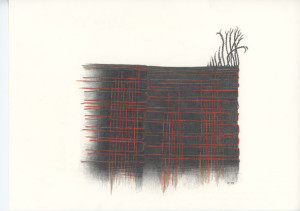 Detail of a women’s skirt not depicted in the book, belonging to the category of skirts a shown on pp. 232-235: 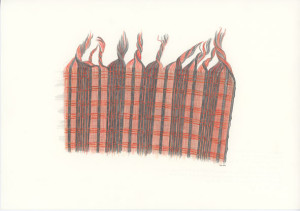 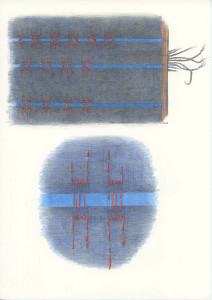 The pattern details below were re-drawn in a different style together with more variations (compare p. 241 Fig. 77). 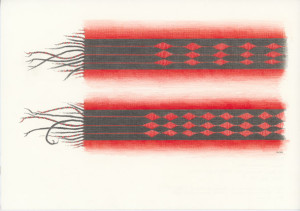 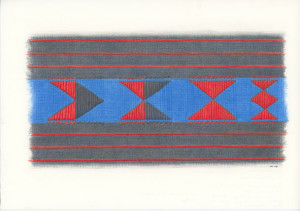 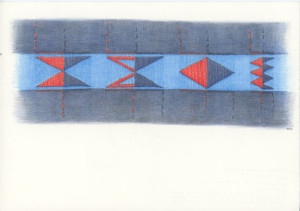